A short history of the charity

The time when the Church of England Temperance Society was first started – the mid 19th century – was a period of extremes of wealth and poverty. The leaders of industry and commerce were making money easily, as there was little foreign competition. Amongst the workers on low wages, with trade unions almost non-existent, poverty was rampant. Release was found in beer. which was cheap. Bad housing conditions led workers to the public houses to seek some warmth and comfort. As long as they had a drink in front of them, they and their families could stay. This often drove them to buy more than they needed, with the result that many drank too much and became incapable of acceptable behaviour.

Some clergy tried to address this problem in their own parishes, but nothing on a national basis was attempted until Mrs Wightman of Shrewsbury published a book ‘Haste to the Rescue’ in 1859. She sent a copy to every clergyman in the country and described how she and her husband, the Vicar of St Alkmund, had coped with the situation through a church temperance society in their parish. This persuaded many others to follow the example. The outcome was the founding of what later was to be known as the Church of England Temperance Society (CETS) in 1872, the dual basis being that of abstainers and of moderate drinkers.

Some remedial work of CETS was done in connection with the police courts and prisons, as drunkenness was often the cause for a person being brought before the courts. Police Court and Prison Gate Missions were in existence from the 1860s and were conducted by pioneers in prison work such as Susanna Meredith at Brixton and Thomas Wright in Manchester. In 1876 CETS was encouraged to extend this work by Frederick Rainer, a working printer from Hertford, who wrote to CETS deploring the fact that once a person got into trouble for drink there seemed no hope for him. He enclosed five shillings (a crown) to start a fund to help such people. The result was the appointment by CETS of Police Court Missionaries, first to the London Police Courts, and then to the Courts in the provinces. This department of CETS became known as the National Police Court Mission (NPCM).

Over the next number of years, CETS faced up to the acute rise in problems of delinquency, alcoholism and gambling and, with the beginning of the Welfare State, there was growth in the Probation and After-Care Services, with increased financial help from the Home Office.

Around this time the Board of Social Responsibility (BSR) of the Church Assembly was reorganised and a merger of this with CETS and NPCM was considered, but the Charity Commissioners said that such a merger was not possible under the existing terms of the two charities. Instead a new Charitable Scheme was agreed, that CETS and NPCM should continue, but in close co-operation with the Church’s social work and in association with the Board of Social Responsibility.

This reorganised charity was registered in 1967 and named The Church of England Council for Social Aid, but indicating clearly that it was still represented by CETS and NPCM. The Council was legally and financially independent of the BSR, but conducted its work as far as possible in co-operation and consultation with the Board.

The Church of England Temperance Society and Police Court Mission in this area obtained two properties, Cardigan House and Ripon House. These were run entirely on donations and fundraising until a new Trust Deed came into effect in 1976. At this point, the Home Office took over the costs of the day-to-day running of the hostels, but the Trustees of the Council for Social Aid were responsible for the buildings, as the owners, and also still supported (and still do) both hostels in other ways.

The Council for Social Aid continued as the grant making body, making donations within the remit of its Trust Deed.

This is the registered charity and Company Limited by Guarantee set up to manage the two hostels, now known as Approved Premises (APs). The Directors own the buildings (Cardigan House and Ripon House) and delegate the day-to-day management of the APs to the Management Committee. At least two Directors are on the Committee and the Chair must be a Director.

During 2008 the Trustees undertook a review of the organisation. Changes in Charity Law provided an opportunity to bring the two parts of the charity back together. The Company’s Articles and Memorandum of Association were updated to encompass the aims and objectives of Social Aid. With Charity Commission approval, the remaining assets of Social Aid were transferred to Social Concern and Social Aid was removed from the Charity Commission Register.

Following extensive consultation, the Directors also decided to appoint a Strategic Manager to oversee both APs and to combine the two management committees. All of these changes were implemented during 2009.

Social Concern has the following objectives:

To maintain the premises known as Ripon House and Cardigan House as Approved Premises within the meaning of the Offender Management Act 2007 and
To support and further all or any charitable activities carried out in connection with the Church of England in the Diocese of Ripon and Leeds and in particular;
– The promotion of temperance and of higher standards of moral life in the individual, the family and the community;
– The rehabilitation of offenders and particularly those addicted to drugs or alcohol or otherwise in need of help;
– The relief of distress or suffering arising from offending behaviour. 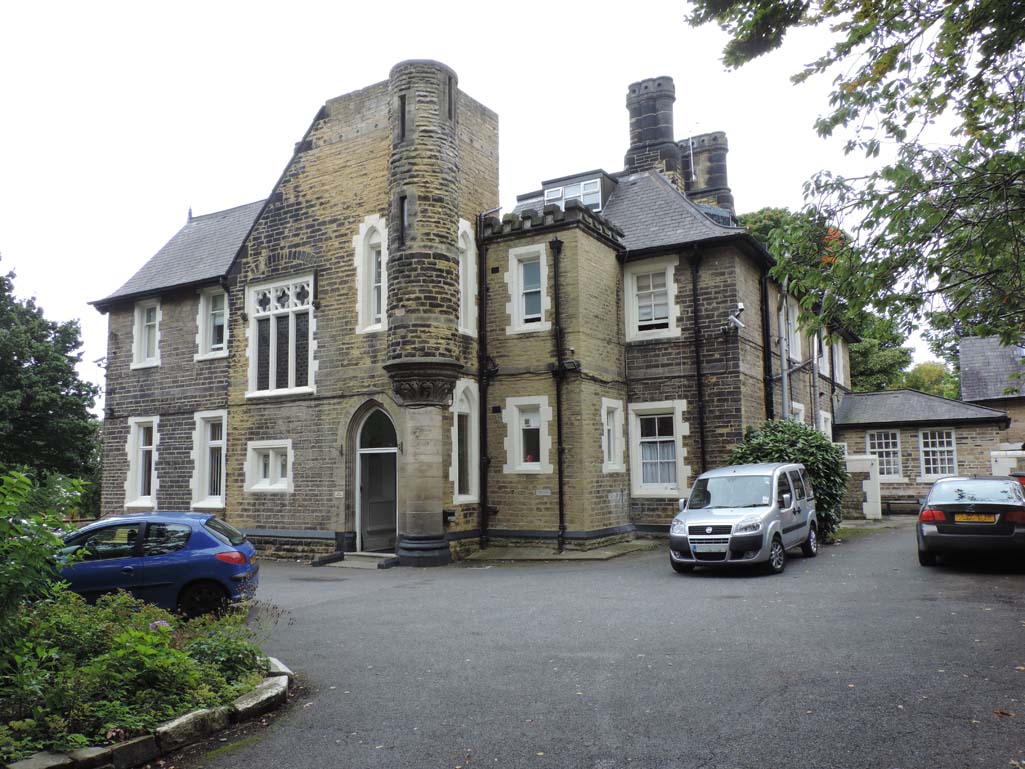 1969 – The Home Office asked Cardigan House Managing Committee to become a hostel for adult probationers and the age group of 19-25 was agreed. The first residents under this scheme arrived in May 1970

1999 – The age range now varies from 18 to middle age. Under the refurbishment just completed, the hostel can accommodate up to 25 residents. In the National League Tables for that year, Cardigan House came 2nd out of 101 hostels in the country for occupancy/success rates. 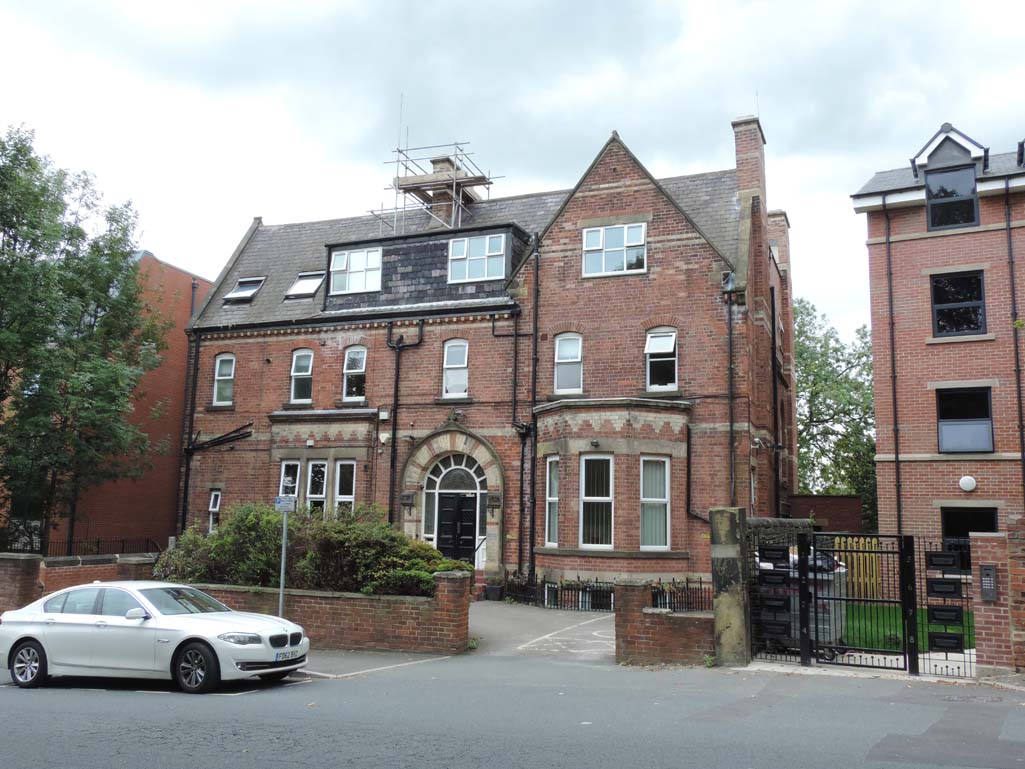 1969 – The Home Office asked Ripon House Managing Committee to become a hostel for adult bailees and probationers. It also changed to being a Mixed Hostel during the early 1970s and alterations were made to the building to provide separate accomodation for men and women.

1995 – Refurbishment took place to provide more privacy for the women in the hostel, including a separate women’s lounge.

1999 – The age range varies between 18 and middle age. The hostel can accommodate up to 24 residents. In the National League Tables for that year, Ripon House came 10th out of 101 hostels in the country for occupancy/success rates.

2006 – Changed to being a female only Approved Premises, the only such hostel in the Yorkshire and Humberside region.

Following the formation of the new Anglican Diocese of Leeds, commonly known as the Diocese of West Yorkshire and the Dales, the trustees of the Ripon and Leeds Diocesan Council for Social Concern were also required to rename the charity.

They decided to take the opportunity to update, refresh and rebrand the charity. Following a good deal of debate and wide consultation, the new name of Progress to Change was agreed and a modern logo designed, together with our new, dynamic website.